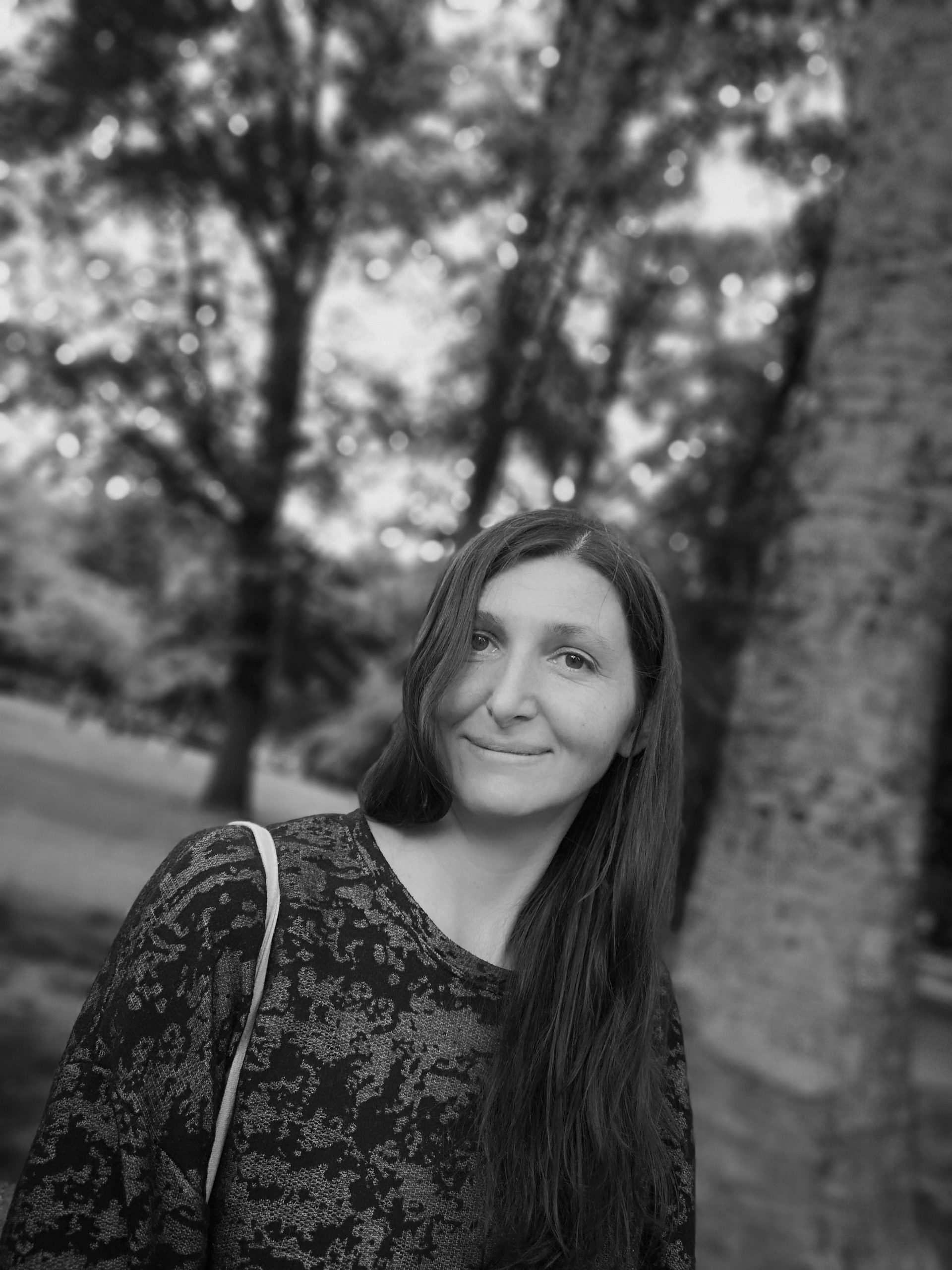 Ambra (Gatto) Bergamasco, embodied dramaturg, researcher, dance artist. Pragmatic metaphysist, a lover of practice and theory rigor. Pioneer and visionary for the ability to put together systems that appear distant and difficult to merge. From this principle, she develops what she herself defines as Processual Dramaturgical Choreography, a performative architecture built through stage direction and dramaturgical processes and the internal body. “To convey gestures on a performative level, it is necessary to reveal the process of fruition when coming in contact with inner form. Then, the internal architecture acts on the dramaturgy, revealing the direction of a whole, supporting the body that lends itself to the process “(A. Bergamasco).

Ambra began her stage training in dance when she was three. Studies classical, modern, tiptap, contemporary dance. Moved on to physical theater, capoeira, African dance, Indian Classical Dances, mime and landed on Butoh dance which she studied and developed for over twenty years, becoming a major national and international exponent. For the love of the material, the inner dramaturgy, art and tools that Butoh offers, she founded Moving Bodies Festival, a platform dedicated to the encounter between Butoh dance and Live Arts between Turin and Dublin.

From an early age she participated in the artistic production of renowned art theater artists Ulla Alasjarvi and Beppe Bergamasco, founders of the Compagnia Sperimentale Drammatica – Alasjarvi & Bergamasco (1971) today under Espace Productions, and Teatro Espace (1999-2019).

Ambra lived in Ireland for 20 years, and maintains her collaborations with what she feels is a home to her. In Dublin, she worked with Dance Ireland-Dance House, as a teacher and developed her solo research pieces through residency periods. Moving Bodies Festival has been supported by the Embassy of Japan in Ireland since 2015. Ambra engages with new pathways to sustain and stimulate the field of cultural economy. In lieu of this, she recently created Business2ArtsItaly.