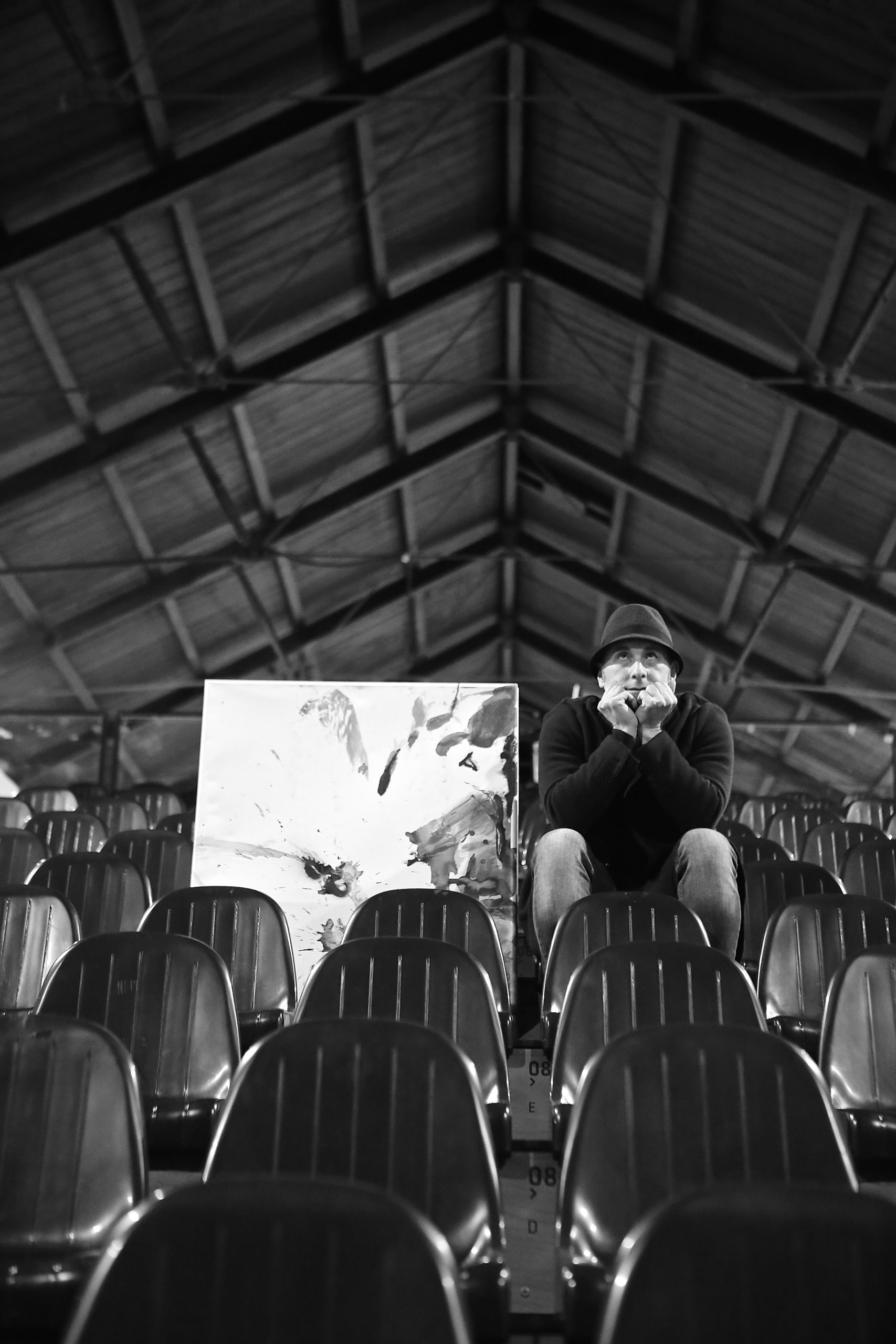 Claudio was born in Turin on 6.21.1963. He moved his first artistic steps at a very young age, participating in the 1974 edition of the biennale of art for students in Rome and receiving an honorable mention for three of his works. Already at that time, he was particularly attracted by abstractionism. Starting from 1992, he attended artistically and graphically oriented seminars organized by Maestros and private art workshops.

Through charcoal drawings, Claudio deconstructs and gives physical essentiality to the portrayed subjects. This is one of the starting points of his works, which he completes with a component of purely literary research. With other tools made up and customized on the spot, Claudio uses the hands as the instrument with acrylic colors, oil crayons, tempera, and paints. He has held exhibitions all over Italy and in Brasil, and many critics have written about him in relevant art magazines and yearbooks. He created CD and book covers and was commissioned a painting by an American rock star.

The collaboration with architect designers from GRUPPO U-LAYER and the company ART&FORM resulted in chairs, partitions, lamps, unique bags, and fabrics for many purposes. Claudio painted live fabric and dresses by Walter Dang. He also works in animated drawings under the name of Pierre Micha – an ensemble he shares with Livio Taricco. He was a resident artist at Lavanderia a Vapore (Collegno) during the 2014/2015 dance season.